Birds Nests and build up of soot.
This is potentially very dangerous and without doubt the number one reason to have your chimney swept.
Birds nesting in chimneys is one of the most common problems. The birds will collect materials for their new home in the chimney, and within a few days a full nest can be built which can block the chimney and stop the fumes from escaping. If the nest becomes wet during wet weather the nest can begin to decay and smell. This is not only unpleasant but can also damage the chimney lining.
Soot buildup within the chimney can cause a blockage, causing the fumes to enter the room instead of exiting through the chimney safely, causing Carbon Monoxide Poisoning.

Carbon Monoxide poisoning. (CO)
All chimneys and flue-ways should be cleaned and checked during the
summer months to ensure they are free from debris and in full working
order before the heating season. A blocked or defective chimney can
cause both chimney fires and carbon monoxide poisonings so its very
important to employ a professional qualified Chimney Sweep

Placement of a carbon monoxide detector

Preventing Chimney Fires.
The most common causes of chimney fires are:

It is recommended that these measures are taken to help reduce the
risk of chimney fire:
Chimneys must be swept on a regular basis this can be as much as twice
in the burning season (winter) but at least once per season regardless
of fuel type.
All wood burned must have a moisture content of no more than 17 percent.
It is important to purchase the correct size appliance for your room,
an appliance which is too large will never be used hot enough to
volatize all of the fuel within the wood and unburned fuel will pass
up the chimney as smoke and condense within the flue as extremely
flammable creosote.
Remember a blocked flue can kill and the exclusion of air will put out a fire, if in doubt call Elite chimney sweep.

When fuels burn in an appliance, the fumes that are the by-products of combustion-including carbon monoxide – are released into the chimney. Removing these fumes from the living area is the main purpose of a chimney. In addition to carrying off toxic gases, chimneys also create the draught (flow of air) that provides the proper air and fuel mixture for efficient operation of the heating appliance. Unfortunately, many chimneys in daily use in homes throughout the country either are improperly sized or have conditions that make them unable to perform their intended function.

The Institute of Chimney Sweeps recommend  the following:

If you ever feel unsure and want advice on whether to call a chimney sweep, then just call us and we’ll do our best to answer your queries, and don’t panic if you forget to get it swept, these are a guide but you should try keep to it whenever possible.

Please be aware, Elite Chimney Sweeps do not install, uninstall or remove appliances from their location prior to sweeping.  This MUST be carried out by a certified Heating engineer.  We can always recommend someone to do this. Once swept, the appliance can then be re-installed. 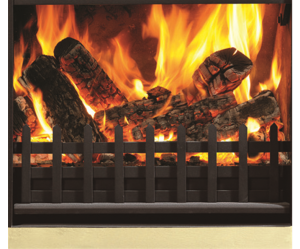